BUILDING IS A TEAM SPORT: THE BOSTON SPORTS INSTITUTE September 2, 2021 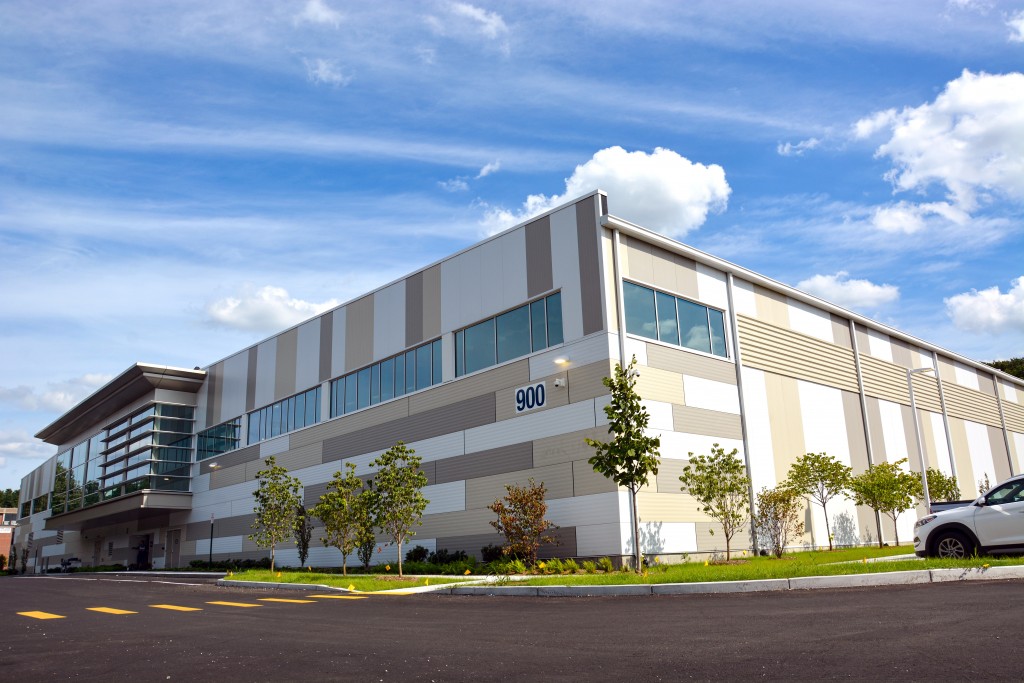 If there’s one thing Bostonians love, it’s hockey. If there’s another thing Bostonians love, it’s being able to play hockey and enjoy numerous other sports in a climate-controlled environment – especially during one of those notoriously harsh Boston winters. Recognizing the dearth of nearby indoor sporting facilities, the west Boston metro suburb of Wellesley partnered with management company Edge Sports Group to construct a new multi-use recreation facility: The Boston Sports Institute. They envisioned it housing ice rinks, pools, an indoor field, running track and more. They enlisted Dacon Corporation, a design build construction management firm, to design the new facility, who brought on board BARNES buildings & management group, inc. of Weymouth, Massachusetts.

BARNES has been an authorized Metallic Building Systems dealer for over 25 years, with extensive experience constructing such facilities. “We’ve done complex projects like this many times,” explained BARNES’ executive vice president Tim Allison. “And that’s what made us ideally suited for doing this project.” Sports complexes generally require large clear spans, for which pre-engineered metal construction is well-suited.

However, the project clearly would have a number of challenges. “In addition to the double rinks,” Allison said, “this would have an Olympic pool and an indoor field. So, it’s a pretty extensive, all-inclusive project.” While the dual NHL ice rinks needed to be kept at a chilly 55°F, the pool area required a balmy 82°F. What’s more, the project required fitting the new building with different HVAC equipment, including nearly three dozen rooftop HVAC units. “All equipment-supported steel and roof curbs for the rooftop in the pool area had to be ‘exact location’ for the large units,” said Tony Barnes, president of BARNES Buildings, “which allows nearly zero tolerance for error. Coordination with DACON and the HVAC subcontractor was key to ensure these curbs were properly located.”

On top of that, a mezzanine was also included to provide a suspended running track, seating for the ice rinks, a viewing area for the pool, and to allow space for locker rooms, bathrooms, offices, and mechanical rooms.

This was no simple project. To make sure everything would work as planned between multiple different systems, every last detail had to be thought through and planned for. “This was a special project where we brought our entire design team, the architects and the engineers down to Metallic’s Houston office,” explained Marty Barnes, CEO of BARNES Buildings. “We sat down with Metallic’s project team and hammered out all the details in the front end prior to design.” This pre-construction huddle saved many weeks and expedited delivery of the project. Though it may be seen as above and beyond the call of duty, it was just another example of Metallic’s proven reputation for service excellence before, during, and after any project. “The pre coordination meeting in Houston with Metallic has just been a real winner all around for most of our larger, high-complexity projects,” said Marty Barnes.

Tony Barnes pointed out that “Special attention had to be given to all sealing details as the building has two very extreme and different environments – ice arenas on one side and a pool on the other.” As if that weren’t tricky enough, the building site was also relatively small, “creating challenging steel erection procedures,” said Barnes. Within that footprint, the high water table also threatened to cause problems. “Half of the building structure was erected while a continuous water pump and removal operation was in progress,” Barnes said. There was also the Olympic-sized swimming pool to work around. “We were able to carefully formulate an erection sequence which included larger cranes and reach-lifts that would safely allow us to erect this portion of the steel over the massive hole.”

The design included both primary and secondary steel framing through Metallic, as well as 58,000 square feet of insulated metal panels (IMPs) in a variety of orientations, colors and designs – provided by Metl-Span. “We have a mixture of panel types in multiple colors that run in two orientations,” Allison said. Incorporating a popular architectural trend, the building is clad with 7.2 Rib panels in a pattern of alternating Smoke Gray, Polar White and Sandstone, capped with an accent CF Mesa® panel.

The IMPs aren’t just for looks, though. “It’s an ideal wall system for a facility with demanding environmental needs,” said Kevin Provencher, Director of Architecture at Dacon. “We were committed to using insulated metal panels from the earliest design stages, both for their performance and design flexibility,” he said. The all-in-one, built-in water, vapor, air barrier plus insulation of the IMPs makes them an easy-to-install, comprehensive building envelope solution, with a very long life expectancy and superior insulation qualities. CFR system IMPs from Metl-Span were also used for portions of the pool roof. Since they would be subjected to extreme humidity, heat and the corrosive chemicals used to treat pool water, the IMPs interior skin were coated with Valspar’s Flurothane IV, a finish formulated to protect in exceptionally harsh environments.

For the remainder of the roof, Dacon and BARNES utilized Metallic’s standing seam roof solution, Double-Lok®, in bare Galvalume. When asked about this choice, Allison remarked, “Well, first of all, it’s a great roof system. It’s a durable, it’s tight and looks great.” but Double-Lok® also offers design features perfect for this application, including the ability to suspend high R-value fiberglass insulation underneath the panel – an ideal solution for the two ice rinks.

Delivering on the Deal

“Our business is all about making commitments to people and fulfilling those commitments,” said Barnes, and they’ve done that with the Boston Sports Institute. The 130,000 square foot facility opened in 2019 with two NHL ice arenas, a 1,500 square-foot indoor synthetic turf field/gymnasium, 450 linear foot suspended indoor track on the mezzanine level, a 35,000 square-foot natatorium housing two pools, a sports rehabilitation area and 6,700 square-foot Strength & Conditioning Center, as well as a pro shop and concessions.

Looking back on the success of the project, from its conception and intensive planning stage, all the way through delivery of a complex facility, Barnes remarked, “A single source to provide the primary structural, mezzanine, secondary framing, the siding, the roofing and the complete miscellaneous iron package – is really a giant benefit. It was a real team effort and it worked out well. We are extremely pleased and proud of this project!”

...The quality of workmanship and care in making sure the building went up correctly and safely were evident throughout...